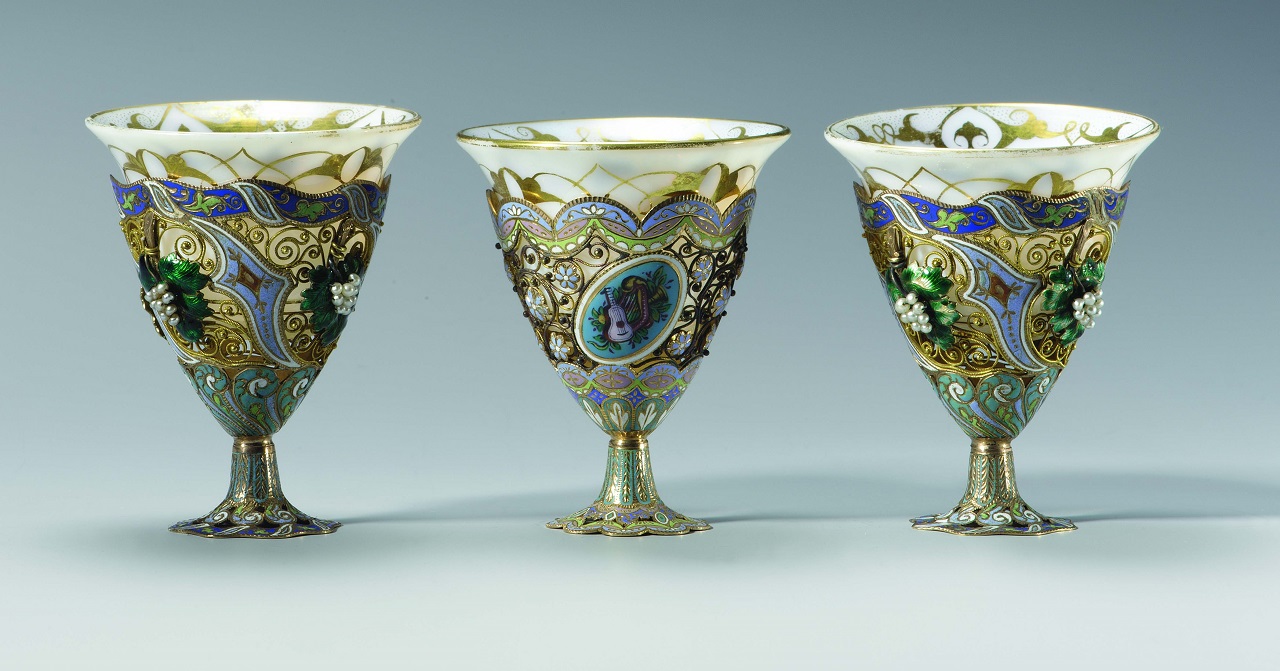 Since ancient times, glaze have changed considerably, both by the materials in their composition and by the elements of decoration. The first wares were terracotta, that is, they were fired clay. Uncovered clay surface was exposed to moisture, temperature changes, deep pollution. Such products were not distinguished by their strength and durability. Throughout the centuries, masters have been looking for more and more new coatings and coatings for ceramics. Gilding, bronze, various metal alloys and clay of different shades were used. But one cannot imagine tiles in their full splendor without the glitter and shine of glazes, bright colors and variety of enamel colors.

What are glazes and enamels

Glazes and enamels are vitreous coatings of ceramic products. Glazes are characterized by transparency, semi-liquid consistency, muted colors. Enamels are commonly referred to as opaque glazes, more viscous in consistency due to impurities. This allows the use of enamels for painting ceramic tiles and tiles. Their composition makes it possible to better dissolve the color pigment. And consequently, the enamel has richer colors. These materials are difficult to distinguish and are closely intertwined with each other in their history of origin.

The path of glazes from Chinese porcelain to modern tiles

The history of coating ceramics with glaze dates back to the 3rd century BC in Ancient Egypt, with the appearance of “self-glazing”.  Clay, being burnt in the furnace, under the influence of wood ash acquired a kind of coating similar to the glaze.

In the 1st century B.C. in China appeared the one-colored blue and blue lead glaze that was used for porcelain production. Chinese craftsmen are constantly improving the technology of its production. This is promoted by the presence of the first high-temperature furnaces and the abundance of natural materials. From there, the art of glazing ceramics spreads to the countries of the East.

In Turkey, tiles are painted with paints and then covered with transparent lead glaze. Copper impurities began to be added to the glaze, which gave the coating a yellowish-golden hue. The Ottoman corsairs bring the art of glazing to Spain, from where it is transferred to Italy.

The heyday of glaze development is during the Renaissance. The Florentine sculptor Luca della Robbia invented a glaze of a new composition and for the first time used it in large-scale works to cover the lunette reliefs of many Florentine temples. It is based on tin and is famous for its unique milky white color. Then he mastered the colorful majolica and decorates with it not only reliefs and sculptures, but also altars, the interiors of cathedrals and chapels. This is reflected today in the tiling of iconostases and interiors of temples.

In the 16th century a descendant of Luca dei Robbia moved to France and served as court sculptor. He brings with him the secrets of glazing terracotta. In France, the art of painting ceramics is intensively developed by the masters of Leon and Nevers. Despite its Italian origins, the art acquires its own features and folk characteristics.

From enameling to ceramic painting

Despite the widespread use of enamels for ceramics, their origins are in a completely different art. Archaeological excavations suggest that the first enamels were used in the manufacture of jewelry as early as the 6th or 3rd centuries BC in Egypt and Greece. But the real development as a special type of art, they received the VI century in the enamel craft, which originated from the Byzantine Empire. The masters of enamelwork made articles of bronze and decorated them with multicolored enamels. At that time, enamels also began to be called the works themselves in this technique. They were made in the cloisonné and cut-out technique. That is, the colored enamels are protected from mixing by partitions on metal plates.

When did paint enamel come into being

The development of art took a further leap forward during the Renaissance in European countries. That’s when painted enamel appears. The strongest influence on the painting of ceramics had the enamel business of the city of Limoges in the southwest of France. It was there that the application of multi-colored enamels to metal items without the formation of partitions began. One of the most famous artists of that time was Leonard Limousin, who earned the title of royal enameler. He achieved incredible technique in painting, including portraits, with colored enamels. His work is replete with fine detail, vibrantly colored, and strikingly delicate. Leonard Limousin’s works can be seen in the Louvre Museum in Paris, the Metropolitan Museum of Art in New York, the British Museum in London, and others.

Until the 14th century Limoges artists remained beyond competition and held their positions in the production of enameled household items, interior elements and religious utensils. It is believed that in the 18th century this art form ceased to exist due to the spread of earthenware and porcelain. One could think differently. It does not continue in the guise in which it was, but passes into somewhat different forms. The art of covering metals with enamels is passed on to jewelers, and the ornaments and floral patterns with enamel paints are inherited by painting on ceramics. In this way, the various arts are woven together and enrich each other with different techniques and methods.